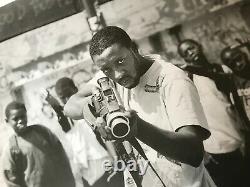 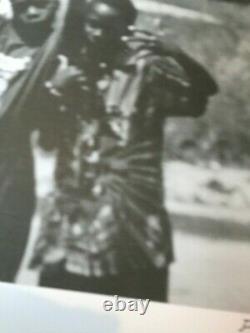 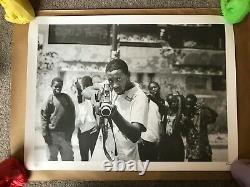 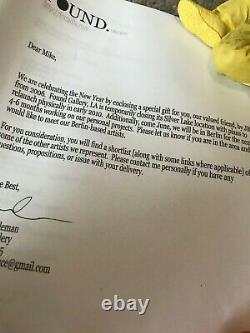 JR Print Ladj Braquage (Ladj Ly) 2006 - Very rare Found LA Edition. 18"x24" print on watercolour paper from run of 250 that were done while JR was in LA in 2006 for an exhibition. This print was a gift from Found Gallery - I will include the original letter from the gallery with the print.

This first edition print very rarely comes up for sale and is a great opportunity to own JR's most iconic image. JR (born 22 February 1983) is the name of a photographer and artist whose identity is unconfirmed.

He has described himself as a "photograffeur", he flyposts large black-and-white photographic images in public locations in a manner which is similar to the appropriation of the built environment by the graffiti artist. He states that the street is the largest art gallery in the world. He started out on the streets of Paris.

JR's work often challenges widely held preconceptions and the reductive images propagated by advertising and the media. JR's work combines art and action and deals with commitment, freedom, identity and limits. He has been introduced by Fabrice Bousteau as: "the one we already call the Cartier-Bresson of the 21st century". On 20 October 2010, JR won the TED Prize for 2011.

This item is in the category "Art\Art Prints". The seller is "staysplendid" and is located in Manchester. This item can be shipped to United Kingdom.