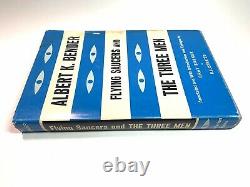 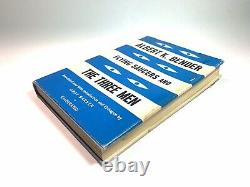 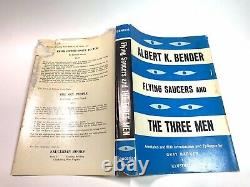 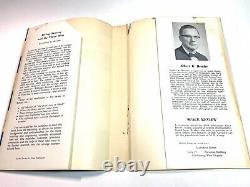 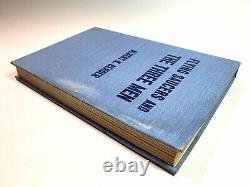 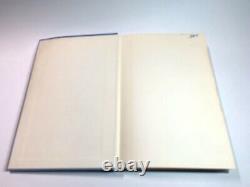 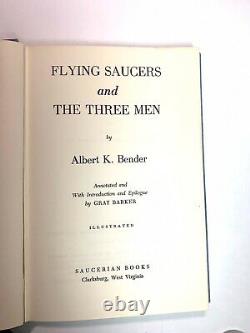 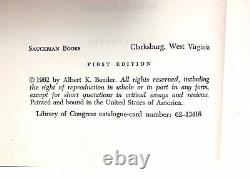 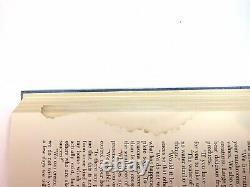 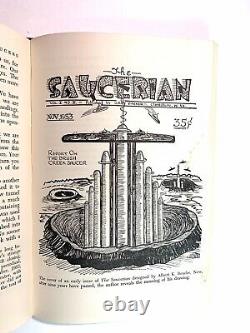 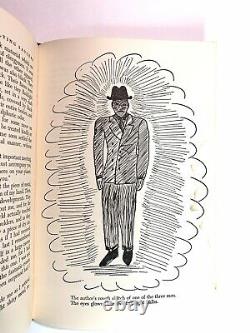 Spring Sale - Limited Time / was 1150.00/ now 950.00 - Flying Saucers and The Three Men by Albert Bender. This is a unique and rare true first edition of a classic UFO book from 1962. This book was integral to kicking off the men in black phenomena.

Although it has been republished by several publishing houses this is the original publisher Saucerian Books. A very rare find which has the original book jacket, which is in nice shape for the age.

As I have learned from some of the antiquarian sites, the dust cover alone carries as much as 90% of the book value. Its biggest flaw is some water damage to the front and back cover and the edges of several pages. The number 300 is written on the inside front cover. No other markings or inscriptions.

Bender (June 16, 1921 March 29, 2016) author of the 1962 nonfiction book Flying Saucers and the Three Men, was one of the most influential ufologists of the 1950s/60s. He served in the United States Army Air Forces during World War II. He was obsessed with the UFO phenomenon and became a UFO researcher, founding the International Flying Saucers Bureau. In 1965, he founded the Max Steiner Music Society.

He founded the International Flying Saucer Bureau (IFSB) (the first major civilian UFO club in the world) in 1952. Although the organization was a success at first, he suddenly shut it down in 1953. Bender later told that in March 1953 he had been approached by three men in black. These men visited him in his house and communicated with him telepathically.

He received a metal disk from them and instruction. He reported that he felt like he was being transported. These men apparently shared insights into the nature of UFOs.

These men shared the origin of UFOs with Bender. Afterwards he became ill and didn't eat for three days. As a result of the visitation, Bender felt encouraged to share what he had seen with other UFO investigators, but was refused.

Bender suffered frequent headaches after the three men visited him and his co-workers reported that he seemed scared. His alleged experiences were recorded in They Knew Too Much about Flying Saucers by Gray Barker, Bender's IFSB associate. Bender's experience formed the legend of the men in black.

We are not a giant megastore. We are a small business and have been independent full time artists for over 40 years.

Our love of books started when we were both children and still continues. We thank you for supporting our small business. Visit our gallery bookshop at byspecialinvitation. Our best, Michael and Barbara. The item "SaleFlying Saucers and The Three MenAlbert Bender1962First EditionVery Rare" is in sale since Saturday, January 11, 2020. This item is in the category "Books\Antiquarian & Collectible". The seller is "colombobarkley1" and is located in Springerville, Arizona. This item can be shipped worldwide.