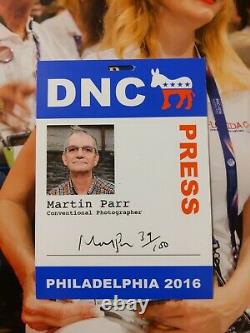 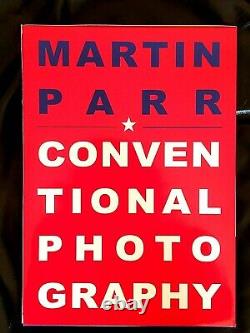 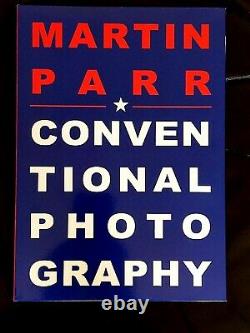 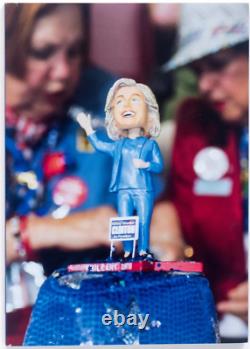 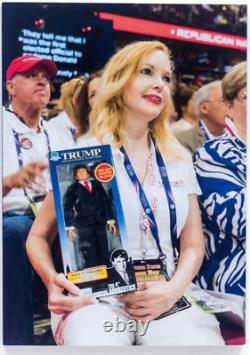 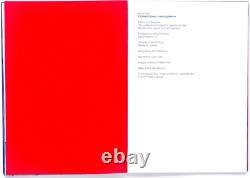 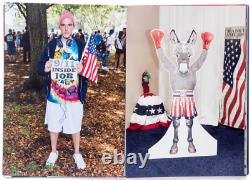 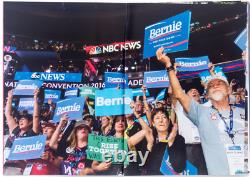 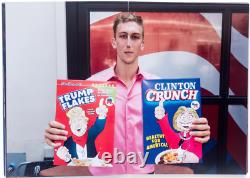 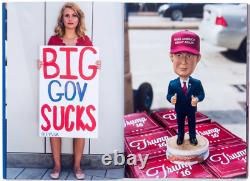 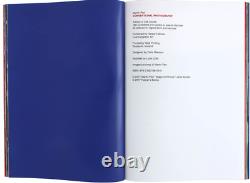 Martin Parr - Conventional Photography - Deluxe Ltd Edition. A very rare limited edition with a unique slipcase only for the 100 numbered editions. From the 538 total which includes the 438 unsigned versions.

Commissioned by CNN to document both the Republican and Democratic conventions, Martin Parr's "Conventional Photography" provides a window into the American political psyche at the dawn of the Trump era. Shot in his signature style emphasizing at once the banal and the outlandish, Parr deconstructs the divide between red and blue states in a full-bleed color haze. Bound dos-à-dos to reflect the dichotomy between parties, and to highlight the upside-down nature of what Bill Clinton referred to as a "whackadoodle" election. New in photo-illustrated wrappers with French flaps, printed slipcase.

Commissioned by CNN to document both the Republican and Democratic conventions, Martin Parr's Conventional Photography provides a window into the American political psyche at the dawn of the Trump era. Martin Parr (born 23 May 1952) is a British documentary photographer, photojournalist and photobook collector. He is known for his photographic projects that take an intimate, satirical and anthropological[4] look at aspects of modern life, in particular documenting the social classes of England, and more broadly the wealth of the Western world. Since 1994, Parr has been a member of Magnum Photos.

He has had around 40 solo photobooks published, and has featured in around 80 exhibitions worldwide - including the international touring exhibition ParrWorld, and a retrospective at the Barbican Arts Centre, London, in 2002. In 2019 he had an exhibition at the National Portrait Gallery, London - it was held in great esteem, with rave reviews from Time Out, Evening Standard, and The Daily Telegraph. Please look at my other items including rare modern and contemporary art and design pieces. This item is in the category "Books, Comics & Magazines\Antiquarian & Collectable". The seller is "ashbinx74" and is located in this country: GB.