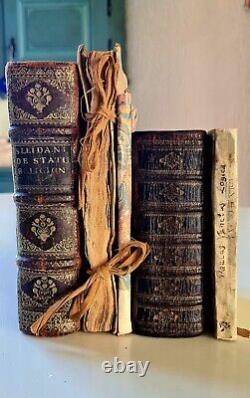 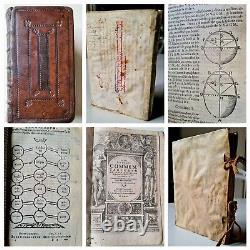 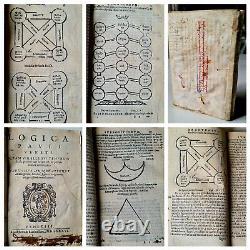 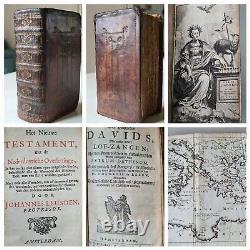 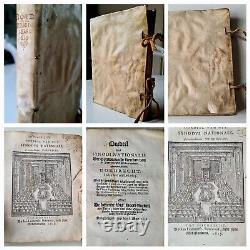 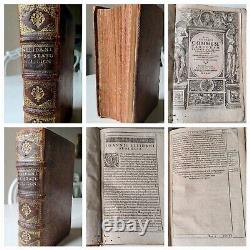 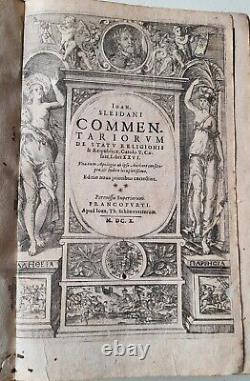 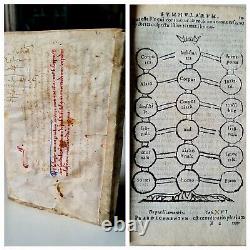 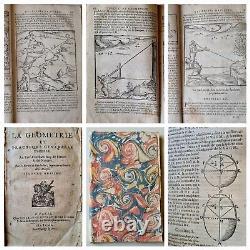 His "Logica magna" was a much-used textbook in the 15th and 16th centuries. Title with crossed-out ownership entry, waterstained at the beginning and end, leaf 70 with edge tear, no text loss, somewhat stained.

Paul Of Venice, Italian Paolo Veneto, or Paolo Di Venezia, Latin Paulus Venetus, original name Paolo Nicoletti, (born 1372, Udine, Patriarchate of Aquileia [Italy]-died June 15, 1429, Padua, Venetian Republic), Italian Augustinian philosopher theologian, metaphysican and logician, who gained recognition as an educator and author of works on logic. Paul studied at the universities of Oxford and Padua, where he also lectured (1408-15), and became Venetian ambassador to Poland (1413), but difficulties with the Venetian authorities prompted him to sever his ties with Venice. While teaching in Bologna (1424) and Siena (1422, 1427), where he became rector, he introduced the logic of William of Ockham. His principal works include Logica parva (1473), Logica magna (1481), Summa totius philosophiae naturalis (1496), and several discussions on Aristotle. The first two selections are known as Logica duplex, and they were used as a comprehensive textbook during the 15th and 16th centuries.

Sleidani : Commentariorum de statu Religionis & reipulicae, Carolo V. Unacum Apologia abipso Authore conscripta, & Indice locupletissimo. Leather binding with gilt spine, 20 x 13 x 6 cm - 805 pp + index. Johannes Sleidanus or Sleidan was a Luxembourg historian and analyst of the Reformation. Sleidanus was in the habit of copying all the Reformation papers to which he had access, and Martin Bucer, having seen his collection, suggested Philip of Hesse to appoint him historian of the Reformation, give him a salary and access to all necessary documents.

After some delay, the heads of the League of Schmalkalden agreed to the proposal, and Sleidanus began his great work, completing the first volume in 1545. Commentariorum de statu Religionis et reipublicae, Carolo V. Caesare, libri XXVI appeared 1 year after his death.

It remains valuable contemporary history from the time of the Reformation and contains a large collection of documents. 3 Old & rare Dutch Bible with maps, 17th century.

In neat blind stamped binding. Old & rare first edition of the Synod of Dordrecht, 1619, printed in Dordrecht in the same year.

Original binding and closing cords. Voting representatives from eight foreign Reformed churches were also invited. Among these groups were also Anglican delegates from the Church of England and the Church of Scotland. 5 Jean Errard - la Géométrie et practique généralle d'icelle - 1602. Auuray, 1602 - 96 pp, with woodcut title-vignette and many woodcut ills.

By the turn of the century he was attending a whole school of French-speaking mathematicians, many of whom were Huguenots. He introduced the Italian fortress to France and was thus a forerunner of Vauban. Very rare second edition, the first edition appeared in 1594 (the date of dedication in this edition). THESE BOOKS ARE ALSO LISTED INDIVIDUALLY, PLEASE SEE MY OTHER LISTINGS FOR MORE DETAILS AND PHOTO'S.

This item is in the category "Books & Magazines\Antiquarian & Collectible". The seller is "tradetraveler65" and is located in this country: NL.