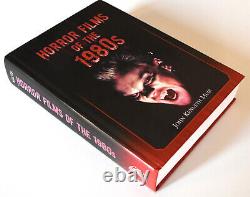 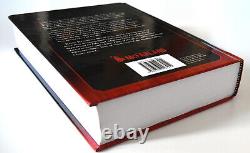 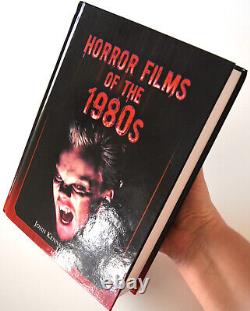 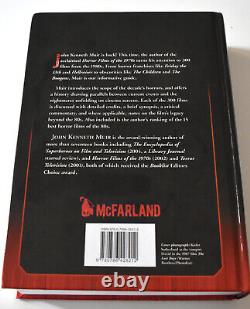 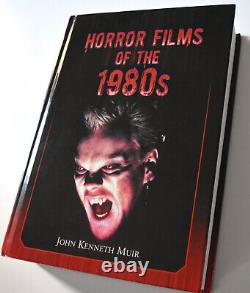 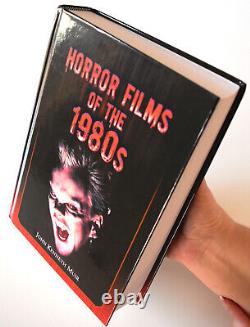 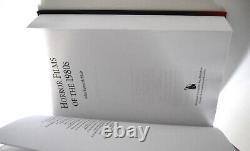 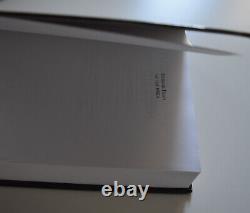 Horror Films of the 1980s First Edition Hardback Original 2007 Printing by John Kenneth Muir. Incredibly rare first edition hardback from the original 2007 printing of John Kenneth Muir's Horror Films of the 1980s. Excellent condition, looks to be. Unopened with spine in perfect condition. Pages are crisp white with no discolouration to the edges.

This is as in near mint condition as it can be. This book does not have a dust jacket as the book cover is a laminated print.

Showing Keifer Sutherlands Lost Boys character David Powers to the front. Title: Horror Films of the 1980s. John Kenneth Muir is back! His Horror Films of the 1970s was named an "Outstanding Reference Book" by the American Library Association, and likewise a Booklist Editors' Choice. This time, Muir surveys 300 films from the 1980s. From backwards psychos ("Just Before Dawn") and yuppie-baiting giant rats ("Of Unknown Origin"), to horror franchises like "Friday the 13th" and "Hellraiser", Muir is our informative guide through 10 macabre years of silver screen terrors. This item is in the category "Books, Comics & Magazines\Books". The seller is "greencaterpillar" and is located in this country: GB. This item can be shipped to North, South, or Latin America, all countries in Europe, all countries in continental Asia, Australia.