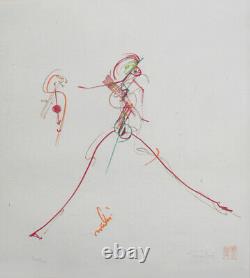 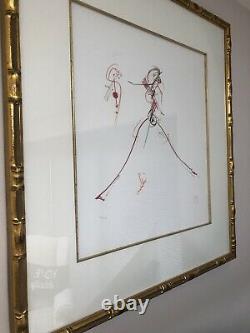 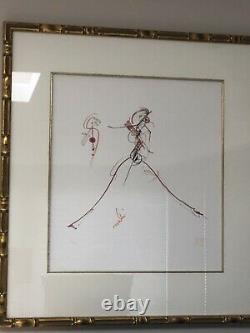 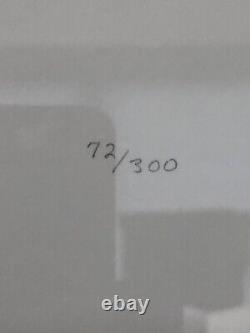 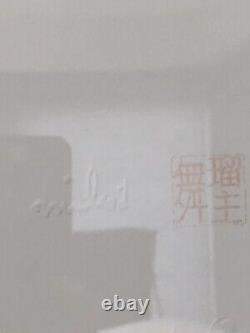 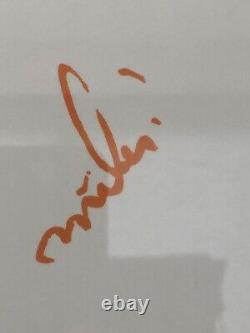 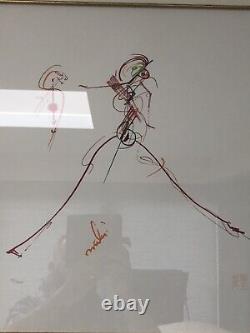 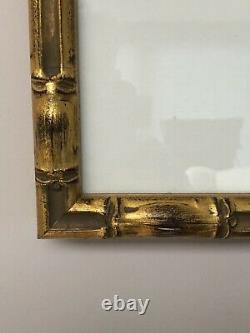 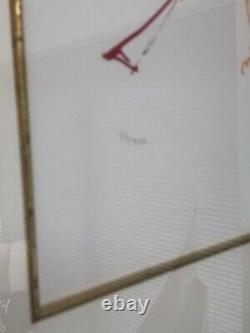 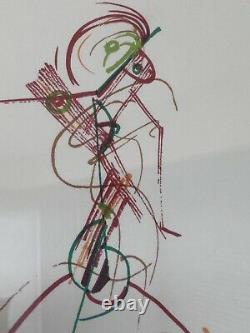 Quality Gold Frame 29" x 31". Inner Print size 18.5" x 20". Miles Davis American Artist and Musician: Miles Davis was born in Alton, Illinios and grew up in East St. He was inspired to become a musician in the 1940's and received first hand education from Charlie "Bird" Parker.

The pioneer of the cool jazz era, Miles became a world famous innovator and his work in albums such as Bitches Brew and Sketches of Spain influenced generations of musicians. In 1980 Miles began to focus his talent in a new direction and started seeking expression not just through his music but also through visual art. He began with primitive figures and then experimented in colour and composition.

In contrast to his rich formal education as a musician, Miles as an artist was mostly self-taught. He became inspired by the Milan-based design movement known as "Memphis" whose theme was based on hot colours and clashing shapes.

He worked under this influence for nearly two years during which time he created a substantial collection of work. As his work matured his direction changed with integrating, swirling abstracts and strong African inspired textures, filling his studio with tribal masks and haunting images of African art.