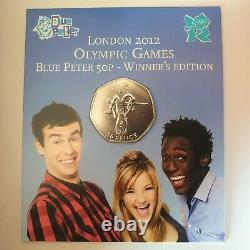 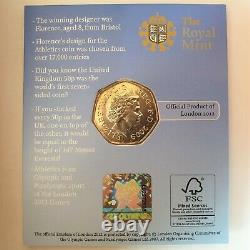 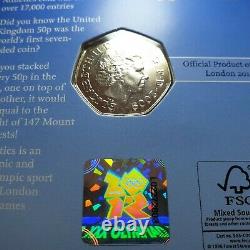 Florence won the once in a lifetime opportunity to design a coin celebrating London 2012 by taking part in a Blue Peter's competition. The competition proved one of the shows all time most popular, with Florence beating over 17,000 other entries. The reverse design features an Athlete while the obverse has the stunning portrait of her Majesty Queen Elizabeth II by Ian Rank Broadley. Please Study The Images As The Item Pictured Above Is The One You Will Receive. This item is in the category "Coins\Coins\British\Decimal Coinage (c.

js-coins" and is located in this country: GB. This item can be shipped to United Kingdom.